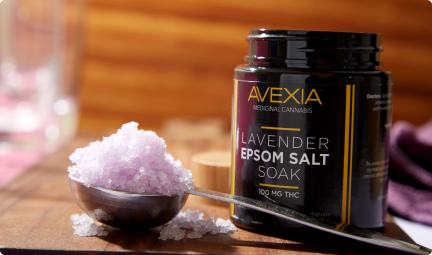 We are dedicated to serving the local community and providing our customers with a better quality of life through access to medical marijuana. At Zen Leaf, we strive to improve the health of our patients by sharing the science behind medical marijuana and a dedication to providing our patients with top quality products, strains, edible alternatives, and educational materials.

Have a question about this dispensary? Please look below for the answer!

Are There Any Landmarks Near Zen Leaf New Kensington Location?

Near Zen Leaf New Kensington there is a Denny’s and Wendy’s located along the same road along the same side of the dispensary. Across the street is Long John Silver’s and GetGo Gas Station.

What Does the Zen Leaf New Kensington Location Look Like?

Located in a stand alone building that used to be a Papa Johns, Zen Leaf New Kensington has a dark brown roof, with half of the building being white up top and the lower half being red brick.

How do I get to Zen Leaf New Kensington if I'm coming from Pittsburgh?

If there's a much longer form of a question and we really need the space, we can utilize almost the entire container, even dropping to two lines if necessary.

If there’s a much longer form of a question and we really need the space, we can utilize almost the entire container, even dropping to two lines if necessary.

Do You Have Specials or Deals Specific to This Location?

At Zen Leaf, we believe that patients should have access to the highest quality cannabis possible. We strive to provide an elevated wellness experience for all our patients, and our New Kensington location will be no exception. Offering specials and deals helps ensure that everyone can afford to get the medicine they need. Plus, it’s easy to stay in the know by subscribing to our email notifications. You’ll always be the first to know about any deals or discounts we’re offering. At Zen Leaf, we’re committed to providing an exceptional experience for all our patients.

For those in need of medical cannabis, there are a number of discounts available that can make your cannabis products more affordable. Veteran’s discounts are available, as are discounts for caregivers. Patients with SSDI is also eligible for reduced prices. To see what discounts you may qualify for check out our Discount Guide for reference. By taking advantage of these discounts, you can ensure that you are able to afford the medical cannabis you need.

Patients in Pennsylvania aren’t able to receive orders by delivery. However, some locations do offer curbside pickup. Locations that do offer this as way to receive your order will have designated spots in the parking lot for said orders.

What do I bring to Zen Leaf New Kensington when I pick up my online order?

After patients have placed an order online and established a pick-up time, they will receive a notification confirming the order. Upon arrival, patients need to make sure they have their medical marijuana card and identification for check-in. They will then be directed to where they need to go for online pick-up orders. Patients can expect a fast and easy process with friendly staff members ready to help. Online ordering is just one of the many features offered by Zen Leaf Kensington that make the experience convenient and enjoyable for patients.

How much medical marijuana can I possess as a qualified patient?

In Pennsylvania, medical cannabis patients are allowed to purchase up to a 30-day supply of products, as long as they have a valid ID and medical card. However, possessing more than the 30-day allotment can result in criminal penalties. Patients should make sure to stay within the limit in order to avoid any legal complications.

What forms of cannabis can I buy at the Zen Leaf New Kensington Location?

At Zen Leaf, we are committed to helping our patients find the products that best support their wellness journey. That’s why we’re excited to offer a wide range of cannabis products at our New Kensington location, including vape cartridges, capsules, extracts, tinctures, topicals, and cannabis flower. No matter what your needs are, we’re confident that we have the right product to help you achieve your goals. Plus, our knowledgeable staff is always here to answer any questions you may have and help you find the perfect product for your unique situation. Come see us today and discover the many ways that cannabis can support your health and well-being.

What cannabis strains are offered at Zen Leaf New Kensington?

Zen Leaf New Kensington offers a variety of strains by Verano Reserve and Essence. Here are a few strains you can expect to see:

If Zen Leaf New Kensington doesn't carry the strain I'm looking for, what do I do?

When shopping for cannabis at our dispensary, patients are always welcome to mention to their Cannabis Advisor if there is a particular strain they are interested in but we do not carry. Cannabis Advisors are highly knowledgeable about different strains and will likely be able to offer a comparable alternative. Mentioning this to the Advisor also allows them to pass on the information to managers or cultivators. This way, we can get a better understanding of what our patients need for their medical care. Ultimately, our goal is to provide the best possible experience and selection for our patients, and we appreciate any feedback that can help us achieve this. Thank you for your continued support.

What brands are offered at Zen Leaf New Kensington?

Offering a variety of products and brands is a priority of Zen Leaf. We know that our patients have a host of needs and we want to make sure to meet those needs. With that in mind we carry brands like – Verano, Agri-Kind, Terrapin, Dr. Solomon’s, and other national brands like Cresco and Tyson 2.0.

What Are Some Fun Things to Do in New Kensington?

New Kensington, known as New Ken, happens to be the birthplace of aluminum and is a suburb of the more known city Pittsburgh. Having been around since the late 1800’s, New Kensington has quite a bit to do, so we asked our Zen Leaf staff what are their favorite things in the area and this is what they said:

Tour Ed Mine. This educational attraction shows what it was like to be a coal miner in the 1850’s, and real coal miners are your tour guides for Ed Mine. This unique attraction takes you up to 160 feet below the earth’s surface, where it stays a “”coal”” 52-55 degrees. They do provide you some protective gear like hard hats, and the part of the tour while your underground lasts about 30 minutes.

JG’s Tarentum Station. Specializing in fine Continental cuisine inspired by western European countries, JG’s Tarentum Station is a one of kind establishment. Housed in an old train depot, the local restaurant has a history that runs deep. Guests can eat there for lunch or dinner, and the menu includes options like salads, burgers, and entree’s that include seafood and steak options.

Deer Lakes Park. The 1,100 acre park, Deer Lakes, has many amenities to cater to the local community. With three fishing lakes regularly stocked, a disc golf course, trails for hiking, and several small water parks there is something to do not only for the whole family but any time of the year. One of the other cool features of the park is the Wagman Observatory which houses two large permanent telescopes that are for the enjoyment of the community at large.

Leaning Cask Brewing Co. The dog-friendly brewery, that also serves food with rotating food trucks, the Leaning Cask Brewing Co has what they like to call “”smashingly good ales.”” Serving upwards of 10 brews on tap, 8 of which is in house, you can expect options ranging from IPA’s to oatmeal stouts to sour ales brewed with berries and limes. As a cute nod to their love of pups, each beer is named after a breed of dog, so grab an American Eskimo brew, or a Goldendoodle when stopping in for a quick pint. ”

Sign Up for the Zen Leaf Newsletter for Updates, Discounts and Other News!