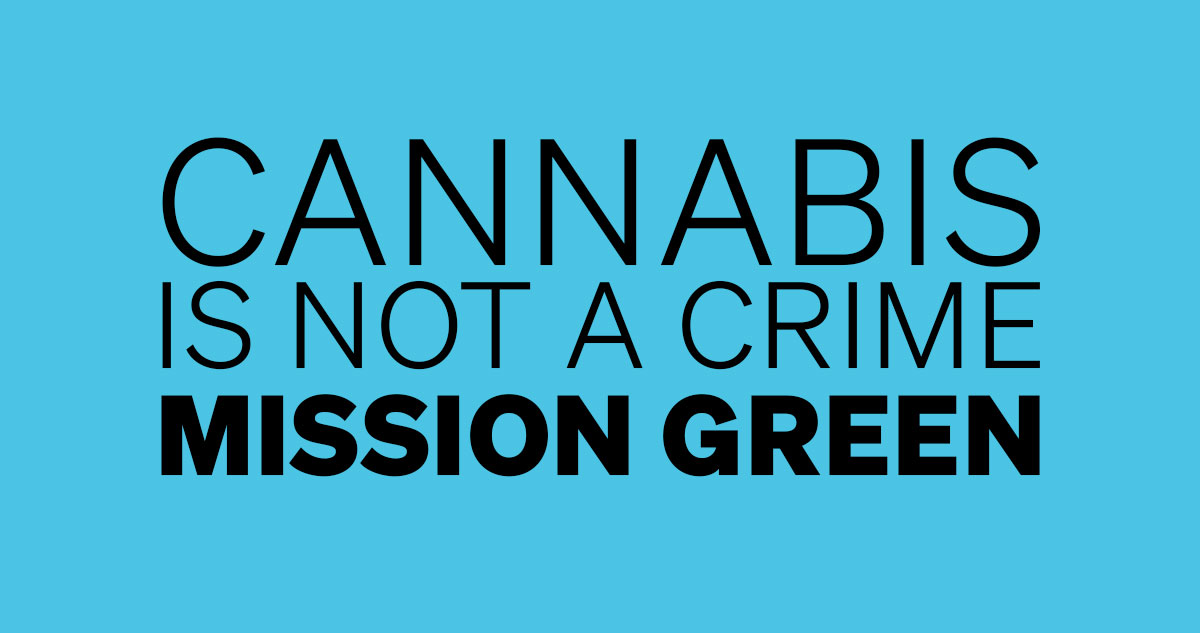 44 states have legalized cannabis for medical or recreational use, signaling extensive progress in the mainstream view of the once-feared plant. Despite this progress, thousands of individuals remain incarcerated for cannabis convictions in the same states that have legalized the plant.

The Weldon Project’s Mission Green is bringing much-needed attention to this still pervasive issue, and is fueled by an intimate, personal connection to the issue – founder Weldon Angelos himself served time for a nonviolent cannabis offense. We, through our parent company Verano, are working to correct these wrongs perpetuated by the War on Drugs, as reported by Forbes:

The Mission Green initiative provides unique opportunities for cannabis businesses and consumers to participate in the nationwide campaign aimed to provide relief to those who have been negatively impacted by marijuana prohibition. Mission Green’s cannabis clemency program is designed to secure the release of those serving prison time for cannabis-related offenses, as well as to create a pathway for pardons or expungements so that those who have been affected can move forward with their lives. The initiative also provides legal assistance, re-entry programs and additional support services for formerly incarcerated individuals without access to legal counsel.

“Our organization’s ability to meaningfully dismantle systemic injustices created by cannabis prohibition is further amplified when we partner with respected and established industry leaders like Verano,” Angelos writes. “We are proud to join forces with a team that shares our commitment to supporting communities disproportionately targeted by the War on Drugs and believe this national campaign will compel more Americans to demand impactful cannabis reforms from their lawmakers.”

Verano’s partnership with The Weldon Project includes an initial donation of $50,000 to Mission Green. Additionally, the company will match up to $13,000 in customer and patient-generated donations at its nearly 100 dispensaries across 13 states on the first Friday of each month beginning on June 3 and continuing through 2022, all to commemorate the 13 years Angelos spent in prison. The fundraising campaign will be featured exclusively at Verano’s flagship Zen Leaf and MÜV dispensaries, as well as additional retail locations the company operates across the country.

“After enduring 13 years behind bars for a minor cannabis-related offense himself, Weldon’s unique perspective, combined with the widespread support he’s earned from leaders across the political spectrum after years of impactful cannabis activism, positions him and the Mission Green team as ideal partners to help expand and elevate our actions in support of cannabis reform,” says Archos. “We’re proud to stand alongside The Weldon Project and Mission Green as we further scale and amplify our cannabis reform actions, with the goal of creating permanent, positive change for cannabis and our society at large.”

View the Forbes press in full: The Weldon Project’s Mission Green And Verano Team Up For Cannabis Clemency.

Become a cannabis reform advocate by shopping Zen Leaf the first Friday of each month. There, you will have the opportunity to donate in $1, $5, or $10 amounts (or roundup, which varies from state to state) to Mission Green, furthering their cannabis clemency efforts.

Your donation will equate to more – Verano is matching donations made at Zen Leaf and our sister MÜV dispensaries at all 100 locations (and growing) nationwide. In honor of the time Weldon served, we are matching up to $13,000 in donations.

These funds have a direct impact on the nonprofit organization – money raised benefits those wrongfully incarcerated for nonviolent cannabis crimes, whether in the form of advocating on their behalf for release – or providing additional commissary monies. Food is below subpar, according to Weldon, and often lacking in protein. Commissary assistance ensures that those serving time for cannabis crimes have access to more nutritional, filling food, while simultaneously showing the recipient that someone on the outside truly cares about their wellbeing.

We are proud to be a partner and supporter of The Weldon Project: Mission Green and are honored to further cannabis reform with your help.