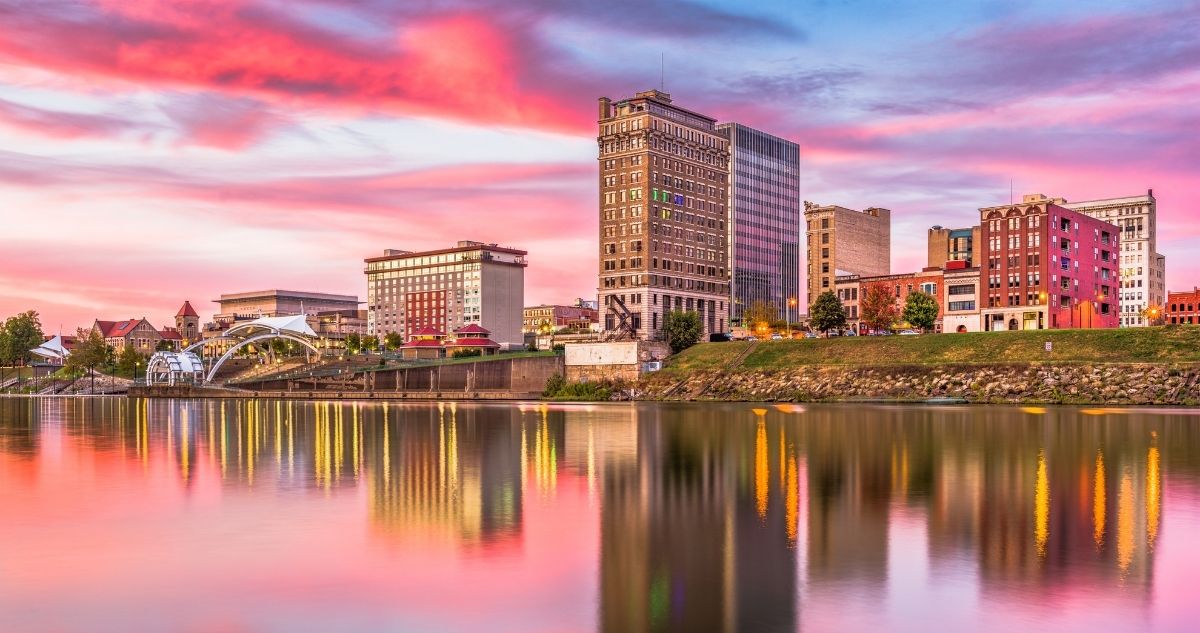 This entry was posted in West Virginia, Zen News on March 1st 2022 by Danyal Swan

Officials and advocates are hopeful that medical marijuana legalization in West Virginia will help patients struggling with chronic pain and lead to an eventual reduction in opiate and opioid overdoses. After years of waiting, residents of West Virginia can now legally have access to a drug that offers mental and physical relief for a multitude of symptoms without dangerous side effects.

West Virginia cannabis laws have seen a particularly long and drawn-out course of affairs, even after medical marijuana was officially signed into law. It has not always been a smooth road for West Virginian medical marijuana advocates who continue to fight for every inch. The original version of the state’s medical marijuana law, for example, would not allow patients to obtain cannabis in its most popular form of natural flower.

Some people are shocked to learn that the laws in West Virginia were actually changed to legalize medical marijuana all the way back in 2017, but it wasn’t until nearly a half-decade later, at the end of 2021, that the state saw its first fully legal medical marijuana dispensaries begin operations.

The result of these lengthy struggles is now being realized as a new and exciting era of treatment options for West Virginians struggling with pain, depression, anxiety, and the many other conditions cannabis has shown promise in treating. Qualified medical users of West Virginia cannabis are now able to obtain well-regulated, high-quality products at safe, friendly retail dispensaries.

Some West Virginia patients and consumers begin to become frustrated as the state’s medical marijuana program sees an extremely slow roll-out. Delays are blamed on everything from a lack of banking services to threats of prosecution by the U.S. Attorney’s office for the Southern District. During this period, several other bills are passed, including one that sets the initial number of dispensary licenses at 100 but specifically allows for vertical integration of dispensary business models to maximize the use of those licenses.

West Virginia SB 339 is signed into law, which amends and clarifies certain parts of the medical marijuana program, including allowing medical patients to purchase cannabis in its natural form.

Permits are issued to 100 dispensary operators in anticipation of the Office of Medical Cannabis finally starting to register patients.

The West Virginia Office of Medical Cannabis is officially set up for business and finally starts accepting patient registrations.

Gov. Jim Justice, who had previously expressed opposition to any recreational cannabis program in the state, goes on record saying he is “weakening on that position.”

West Virginia, like many other states in the region, has seen opioid use bloom into a full-blown crisis over the course of the past few decades. With its heritage of coal mining and other active, hardworking lifestyles, it makes sense that many people in West Virginia struggle with chronic pain. Advocates and health professionals are hopeful that medical marijuana legalization in West Virginia could help lead to a reduction in opioid abuse and contribute to a decline in overdose deaths.

Scientific Studies That Support The Legalization of Cannabis 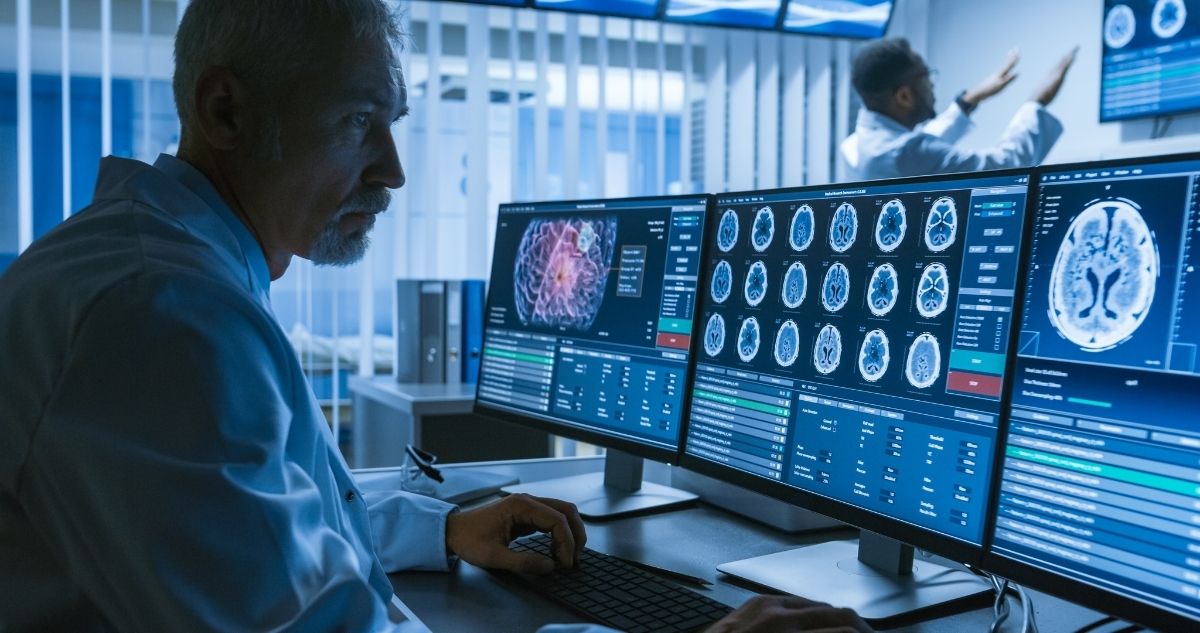 In July of 2020, the scientific journal Systematic Reviews published a paper titled “Medical Cannabis for the Reduction of Opioid Dosage in the Treatment of Non-Cancer Chronic Pain,” which looked at the aggregate results of nine separate studies with over 7,000 combined participants. The report concluded that there is a “likelihood” of opioid dosage reduction when traditional opioid-based pain management is combined with medical cannabis use.

A brief rundown of the individual studies examined for the Systematic Reviews follows:

A case study is conducted on three patients with varying ages, backgrounds, and medical situations, who use marijuana and opioids in combination. All three patients report a reduction in pain, and one is able to reduce their morphine dosage.

A survey of participants who had previously been prescribed opioids for non-cancer-related chronic pain found that 16 percent used medical cannabis for pain relief in the month they were surveyed and that the average sense of pain relief they experienced from using cannabis was around 70 percent, with some users reporting that cannabis relieved their pain 100 percent. The average reported pain reduction from opioid use was only 50 percent.

Out of over 1,500 dispensary members in New England, 215 report regular use of opioids; 76.7 percent report reducing their opioid use either “slightly” or “a lot” since turning to medical cannabis.

There were 1,514 opioid-using participants at pharmacies across Australia. At a three-year follow-up, 22 percent of participants who used medical cannabis reported either an occasional or regular reduction in their opioid use. At the four-year follow-up, that percentage went up to 30 percent.

The study was conducted on chronic pancreatitis patients at Dartmouth-Hitchcock Medical Center being actively treated with opioids. Thirty-five of the 53 patients were enrolled in a medicinal cannabis program. Patients in the cannabis program saw a reduction in daily opioid use, as well as a lower rate of emergency room visits throughout the following year.

A survey of Canadian medical cannabis users specifically asks about cannabis being used as a substitute for other substances; 69.1 percent of respondents reported that they had used cannabis as a replacement for a prescription drug. Over a third of those prescription drugs were explicitly identified as opiates or opioids. Reasons cited for using cannabis instead of prescription drugs included fewer side effects, a perception that cannabis is safer, and changing social norms.

Could this be enough for the State to take action and legalize marijuana to help prevent opioid overdoses and reduce the amount of prescription drug use in our country?

The Future of West Virginia Cannabis

During the same town hall event where Gov. Justice spoke about marijuana’s potential to reduce opiate overdose deaths and other “drug-type problems,” he also touched on the revenue-generating aspect of legal cannabis. Justice even engaged with the audience on a question relating to the possibility of tax revenue from cannabis sales picking up the slack for other types of tax reform, leading some to believe that the governor’s once-solid anti-cannabis positions are doing more than merely “weakening” as he describes.

Many advocates believe public acceptance of cannabis has reached critical levels already, and it will only be a matter of time before cannabis prohibition is finally ended throughout the entire United States. Whether this happens on a federal or state level in West Virginia first remains to be seen. For the time being, West Virginians can contact their state’s Office of Medical Cannabis to learn about getting their medical card. Zen Leaf is excited to announce our new medical dispensary location in Morgantown, WV is opening soon. All of our locations are staffed by knowledgeable and empathetic staff who can assist you through every step of the process, whether you’re a first-time patient or an experienced cannabis user.

Zen Leaf’s team looks forward to meeting all of our new friends who enjoy cannabis in Morgantown and the surrounding West Virginia areas. Head on over to our WV Cannabis Resource page to learn more about becoming a Medical Marijuana cardholder and get answers to other FAQs regarding the cannabis laws in West Virginia.