Home » Blog » The Difference Between Smoking and Vaping Cannabis 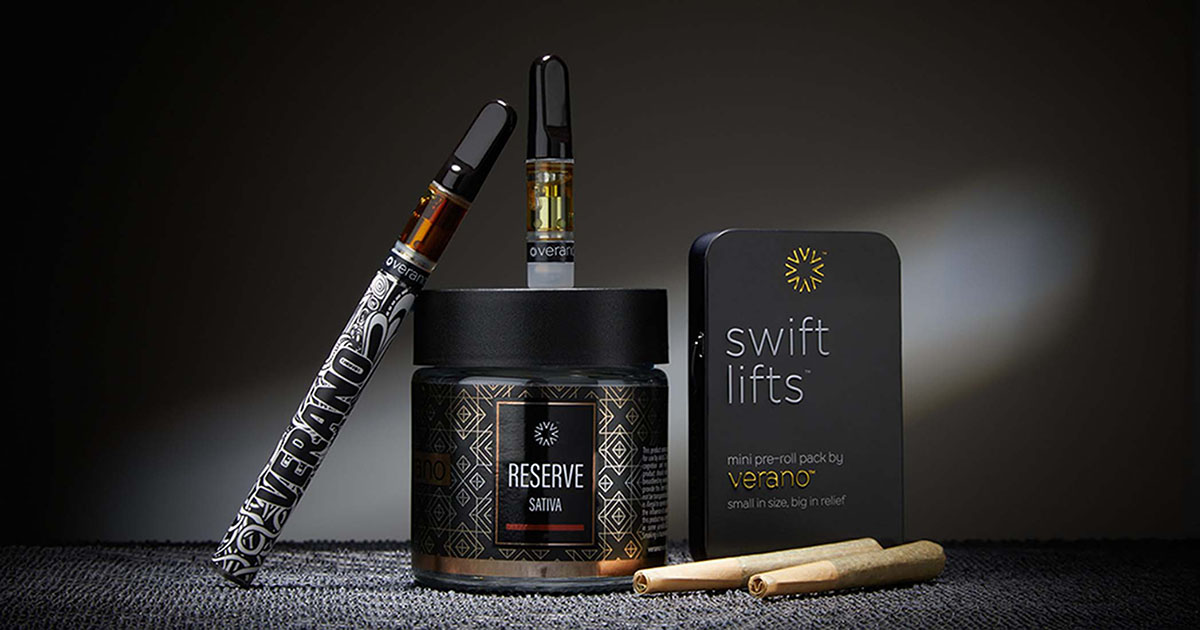 The Difference Between Smoking and Vaping Cannabis

There is some argument on exactly when humans started using cannabis. Best estimates place it at around 8000 BC, meaning we have been using cannabis for most of recorded human history. As technology has progressed and advanced, it’s important to discuss the health benefits and risks of all methods of cannabis consumption so that you can make an informed decision.

As the cannabis space evolves and  technologies are developed or refined, such as vaping, it’s only natural to ask questions about techniques. Given that tobacco smoke, wood smoke, and car smoke are bad for our lungs, shouldn’t we be asking if marijuana smoke is harmful too?

So, you may wonder—vaping THC oil vs. smoking weed: is vaping really better? It seems that a careful review is to really turn over every leaf on the topic and figure out which method of marijuana application is safer for your health and whether one provides more benefits than the other. That way, we can go back to relaxing rather than worrying about potential unknown health risks.

How Does Smoking Cannabis Work?

This probably feels like a dumb question: you burn it, it turns into smoke, and you inhale it. Case closed, problem solved, next question. But when you really look at it, there are two primary reasons why we smoke cannabis: to decarb the THC (tetrahydrocannabinol) and to place it in our lungs for fast transfer to the circulatory system.

Decarbing or decarboxylation is the process of converting THCA (a relatively inactive compound present at high levels in cannabis) to delta-9-THC by applying heat, removing the carboxyl group from the THCA, which turns it into the psychoactive THC.

While there are many ways to decarb marijuana flower, two of the most common ways are in the oven or by combusting and inhaling. The oven is ideal because of its ability to hold a consistent temperature, but it takes time and patience. That’s probably why most reach for a joint or bowl, lighting the cannabis to inhale its benefits. Unfortunately, burning cannabis destroys a lot of the THC in the process, as those temperatures climb beyond its point of stability and degrade some of the product before it gets to your lungs.

At the same time, burning cannabis takes the THC and puts it in a format that is easy to move into our lungs. The mucus membranes of your lungs absorb the THC incredibly easily and move it directly to your bloodstream. Inhalation is one of the most effective ways to deliver substances into your bloodstream outside of a needle. Because injection is not a form of cannabis consumption, smoking has remained a reliable way to deliver cannabis to your system. Vaping works in much the same way.

Unfortunately, smoking takes temperatures much higher than what is necessary for any of these effects. That high temperature is harsh on the throat and has significant side effects.

One downside to combusting marijuana flower is the creation of off-target chemicals.The least damaging of these provoke excessive mucus production, triggered by your lungs’ reaction to protect themselves from the heat and larger particles of ash that land in them. This can lead to wheezing, coughing, and long-term trouble breathing, which can progress to much more over time, like chronic bronchitis, in which mucus inflames the tissue around it.

Compounds like hydrogen cyanide, which are also produced in tobacco smoke and can directly cause cancer (though cancer is found at lower rates in marijuana smokers than tobacco smokers) are sometimes found in cannabis, though this has recently been tied to the use of pesticides.

While smoking is a highly effective and simple way to administer desired cannabinoids and terpenes to your lungs and thus your bloodstream, the process leaves a lot to be desired. Is vaping cannabis cartridges the answer?

How Does Vaping Cannabis Work?

An unmodified electric vaporizer that is doing its job should apply just enough heat (about 104 C or so) to a substance to transform it into steam, which is then moved out and away from the heating element and allowed to cool somewhat as it moves into the mouth. This avoids a lot of the carcinogenic compounds that are generated from burning at higher temperatures, a potential boon to your health. The lower temperature of vapor also reduces mucus production in response to the harshness of the heat. That lower heat destroys little to no THC, thus delivering more of the compounds that you are paying for.

One of the other common differences between vaping and smoking is taste. While many people associate marijuana with a smoky/earthy flavor, a study by the United States National Library of Medicine found that a majority of respondents believe marijuana tastes better when vaped than when smoked. Descriptions of the flavor said that it was clearer and more nuanced, which can likely be accounted for by the lower temperature not creating ashy flavors and preserving the native herbal compounds in the flower. Also, because of these effects, vapes in general smell less than any form of burning, making them less socially intrusive, even if they still produce some of the scent.

According to the Centers for Disease Control and Prevention (CDC), there were 68 vaping-related deaths reported as of February 18, 2020. However, the CDC was quick to observe that most of the deaths were related to people who modified their vape devices or used modified e-liquids.

These two things can cause significant problems on their own. Modified vapes with overpowered heating elements can create temperatures equal to or higher than smoking. In addition to creating the compounds from smoking discussed above, a vape with an overpowered heating element can also superheat the e-liquid, oil, or wax that is loaded into it, which can cause burns to the mouth if you don’t know what you’re doing or what you’re getting.

Additives are a whole other story.

The Issue With Additives

Additives put into vape cartridges have huge effects when vaped, one such being diacetyl. Diacetyl is added to foods to enhance flavors and is used, too, in e-liquids to deepen their flavor and give them a better appeal. It also is associated with a rare condition called popcorn lungs. Popcorn lungs’ less cutesy and more accurate name is bronchiolitis obliterans — obliterans, like obliterate, which is exactly what it does to your narrowest lung passages, closing them up with inflammation. This appears as chest pain, but by that time, things are already in a very bad place. Another flavor preserver some unscrupulous people have added to e-liquids is formaldehyde—- the stuff that they use to preserve dead frogs for biology class. It stabilizes a lot of things, stabilizing cell walls permanently. It doesn’t care whether your lungs are alive or dead; it’ll preserve what it hits, causing permanent lung damage and heart disease as it does so.

Fatty acids, such as vitamin E, added to improve the viscosity of the THC oil, can bring significant health complications if you are doing it with anything that could be called “frequency,” as seen with the recent vape scare. The most common health complication for this condition is called lipoid pneumonia. In this condition, fatty acids coat the tiny passages and branches of the lungs called the alveoli, which prevents them from sucking up air effectively.

This then cascades to irritation and inflammation, which further constricts airways and leads to coughing up blood-tinged mucus. Researchers have not found a good treatment for lipoid pneumonia, reducing doctors to identifying the cause, eliminating the cause, and providing supportive care until the lungs can heal themselves on their own. This can mean weeks or months of downtime and potentially permanent lung damage.

Some of the stuff that works its way in there isn’t even necessarily on purpose. Acrolein, a targeted weed killer that is sometimes applied by less cautious, unregistered growers, shows up more in the concentrated e-liquid and wax formats. This means that without proper quality control, you can end up taking a big hit of it (and people have).

Buying from a reputable, registered seller should help you navigate around most of the additive compound issues.

There is an objectively safer form of vaping: dry herb vaping. Dry herb vaping, or flower vapes, are achieved by heating the cannabis flower to the point that cannabinoids and terpenes are vaporized. Dry herb vapes are highly efficient when used appropriately, leveraging the low temperature of vaping with the real confirmable purity of good clean whole flower cannabis.

One of the problems people find with dry herb vapes is that they tend to be more expensive. However, more manufacturers have entered the market since the very early days, bringing the cost down somewhat. Dry herb vapes also require a little more cleaning and maintenance than their wax or liquid cousins, but your lungs are worth a little bit of tender love and care, aren’t they?

Ultimately, the best option is always purchasing from a reputable source, like a licensed dispensary. That said, there are still some risks that can’t be gotten around. Any smoking or vaping still carries a chance of some health conditions, and keeping your doctor abreast of your use habits can help spot anything way ahead of time. Better a little awkwardness once or twice a year than half a lung every year.

If you have breathing problems or you’re worried about developing them, you’re better off not smoking or vaping in the first place. Instead, consider edibles or an oral cannabis product. While the onset is slower than vaping, edibles eliminate the risk of stressing your lungs, and offer longer duration of effects, too.

At the end of the day, no matter what avenue you choose, there is one thing you can do to ensure that the cannabis you’re buying and consuming is safe – purchase from a dispensary. There really is no reason to expose yourself to the risks of the unknown. When you buy from responsible, professional suppliers, you can rest assured that you’re smoking or vaping a quality product that is devoid of additives and pathogens that can damage your health.

To learn more about consumption methods, head on over to our cannabis learning center.