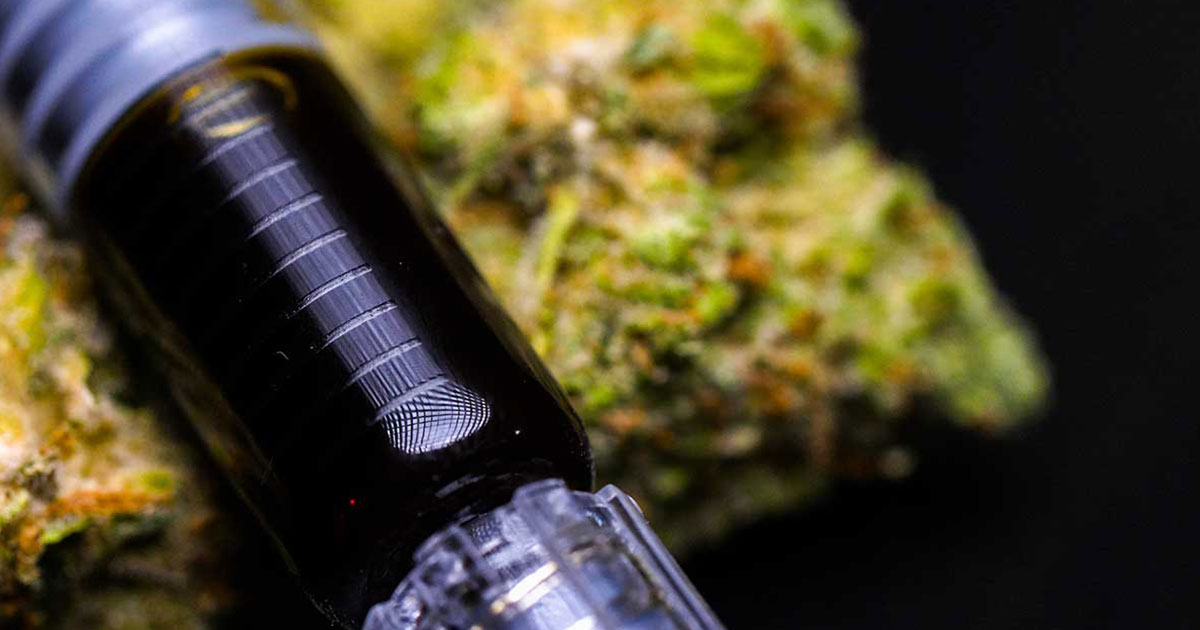 This entry was posted in Products on May 5th 2021 by Sarah M. Gorbutt

Although marijuana has been used medicinally for centuries, it is only in the past few years that modern society has truly begun to recognize its potential. California became the first state to legalize medical cannabis back in 1996. Since then, more and more states are following suit. Today, medical marijuana is legal in 36 states, as well as the District of Columbia, Costa Rica, Guam, and the US Virgin Islands.

With more states legalizing the use of medical marijuana, it has finally opened the door to researchers and experts who are now discovering new applications and benefits of using cannabis. One of these recently discovered applications is RSO, or Rick Simpson Oil. You might have heard of RSO, especially in the context of treating cancer. But you may still be wondering, what is RSO? Who is Rick Simpson? Can RSO really treat cancer?

The Basics – What Is Cannabis Oil?

To understand exactly what RSO is, it’s important to first know what “oil” means in the context of cannabis. Cannabis oil is a form of cannabis concentrate. It is made by carefully extracting all the chemical compounds found in the whole cannabis plant, including the aromatic terpenes, flavonoids, and the psychoactive cannabinoids. These compounds are extracted from the cannabis flower or bud, using a solvent like grain alcohol, also known as ethanol. For extraction, the cannabis plants are placed in a large container, and the solvents are added. After a period of time wherein the mixture is stirred and crushed, the solvents are drained off, and the remaining matter is carefully heated.

This final heating allows the solvents to fully evaporate, leaving behind a concentrated, high potency cannabis oil extract. After the plant matter is strained off, the crude oil can be further processed in several ways. Cannabis oil concentrate can be used to make Shatter, Crumble, Wax, and other high-end concentrates popular for dabbing and vaping, or it can be distilled to create tinctures, topicals, and even vape cartridges. CBD oil is probably the most well-known and mainstream form of marijuana oil, popular as an anti-inflammatory and sleeping supplement.

What is Rick Simpson Oil? 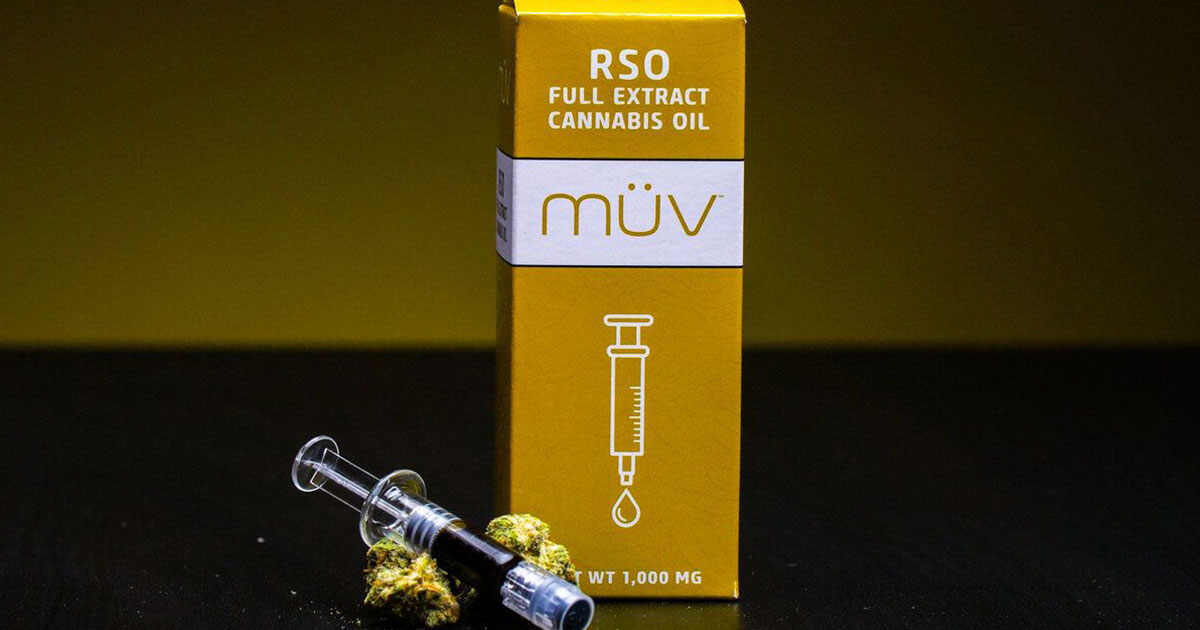 While CBD oil has little to no THC (the psychoactive compound in cannabis responsible for making you feel “high”), RSO oil is traditionally quite high in THC, ranging from about 60 to 90 percent. RSO was created by Canadian medical marijuana enthusiast Rick Simpson as a way to combat his skin cancer.

RSO is traditionally made using indica flower, the type of cannabis plant long believed to provide the strongest effect on the body. Think of the indica/sativa labels as a guide to selecting strains, because in reality, it’s the combination of terpenes that drive strain-specific effects – and those effects vary from person to person based on tolerance, personal preference, and even body chemistry. What is recommended are strains that provide a sense of deep physical relaxation, which are typically most suited for pain relief. Extracting cannabis using ethanol results in what’s known as FECO, or full extract cannabis oil, defined as such because it extracts the full plant profile with minimal degradation to cannabinoids and terpenes. It also brings the chlorophyll, fats, lipids and more into the oil, making it unsuitable for smoking or dabbing. The resulting oil is dark and viscous, resembling tar, and requires light warming for easiest dispensation.

What Is RSO Good For?

Anecdotally, RSO has shown to be beneficial in treating a number of physical conditions. Chronic pain is one such condition. Because of its potency and high THC content, RSO may be more effective at relaxing the body and combating chronic pain than other forms of medical marijuana. Chronic back pain, migraines, or chronic pain caused by other medical conditions may benefit from the potent dose and long-lasting effects.

RSO is frequently used by individuals suffering from constant inflammation caused by arthritis or multiple sclerosis. Some evidence shows that it can reduce nausea brought on by chemotherapy and may also help with loss of appetite. RSO may also be beneficial in soothing asthma and may even have some ability to curtail seizures caused by epilepsy and other conditions. RSO has also been said to successfully treat various types of skin lesions when applied topically.

Rick Simpson originally invented RSO after being diagnosed with skin cancer. Already an avid believer in the medicinal properties of medical marijuana due to his success in managing tinnitus and dizzy spells, and research published in the ‘70s that showed a reduction in lung tumor size in mice when THC was administered orally, he wanted to discover whether cannabis could help treat his own cancer. He extracted an oil with high THC levels and, by using room temperature ethanol instead of cold, the chlorophyll, fats and lipids, and began putting a few drops of the oil directly on the cancerous lesions on his body every day. According to Simpson, it only took a matter of days for the cancerous growths to completely disappear from his skin. Simpson’s discovery led him to continue making and experimenting with this oil, which eventually took on his name, becoming forever known as Rick Simpson Oil, or RSO.

The official scientific research into RSO’s ability to treat cancer is limited. In fact, official studies concerning the medical properties of cannabis are sparse in general. This is because cannabis is still considered a Schedule I drug by the federal government, making it much more difficult for researchers and scientists to get the funding and licensure necessary to complete their research. While there is no official ‘proof’ that RSO can treat cancer, many individuals have reported its effectiveness in treating skin cancer and relieving other symptoms.

How to Use RSO 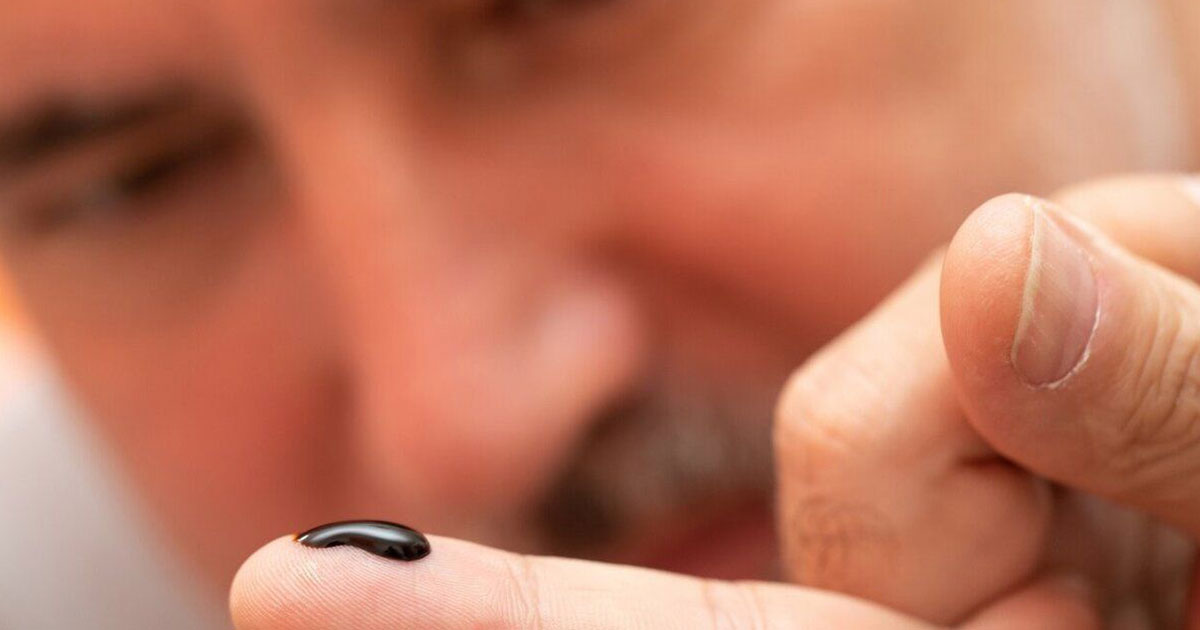 Now that you have a basic understanding of what RSO is, how it’s made, and what it’s good for, you might have a few questions, like ‘How do I use RSO?’ or ‘Can you smoke RSO oil?’ Like most medical medications, it’s always a good idea to ask your physician before deciding to start treatment with RSO. It’s also important to note that RSO should not be used in place of normal cancer treatment unless instructed by your doctor.

Many individuals choose to take RSO orally, especially if the goal is pain relief. RSO is sold in liquid form and comes equipped with a syringe for accurate dosing. If administered orally, the “official” Rick Simpson regimen is for the individual to gradually consume 60 grams of Rick Simpson Oil over the course of 90 days. Because of the high potency of RSO, it’s important to introduce it to your system gradually. The most effective and commonly recommended method of doing this is to break the regimen up into three stages.

The first stage, which lasts for seven days, involves taking very small doses three times a day. Individual doses should be no bigger than a grain of rice and should be taken morning, noon, and night.

During this stage, the user will double their dosage every four days. It will take three to five weeks for the user to reach the goal of one gram of RSO per day.

In the final stage, the patient will be taking 8-9 rice grain size droplets of RSO every eight hours, continuing until they have consumed the full 60 grams.

Whatever dosing regimen you choose to follow, you should always take RSO on a full stomach. This helps to break down the active ingredients more quickly and allows them to enter the bloodstream more easily. When taken on a full stomach, you should start feeling the benefits after about 45 minutes.

Other Ways to Use RSO 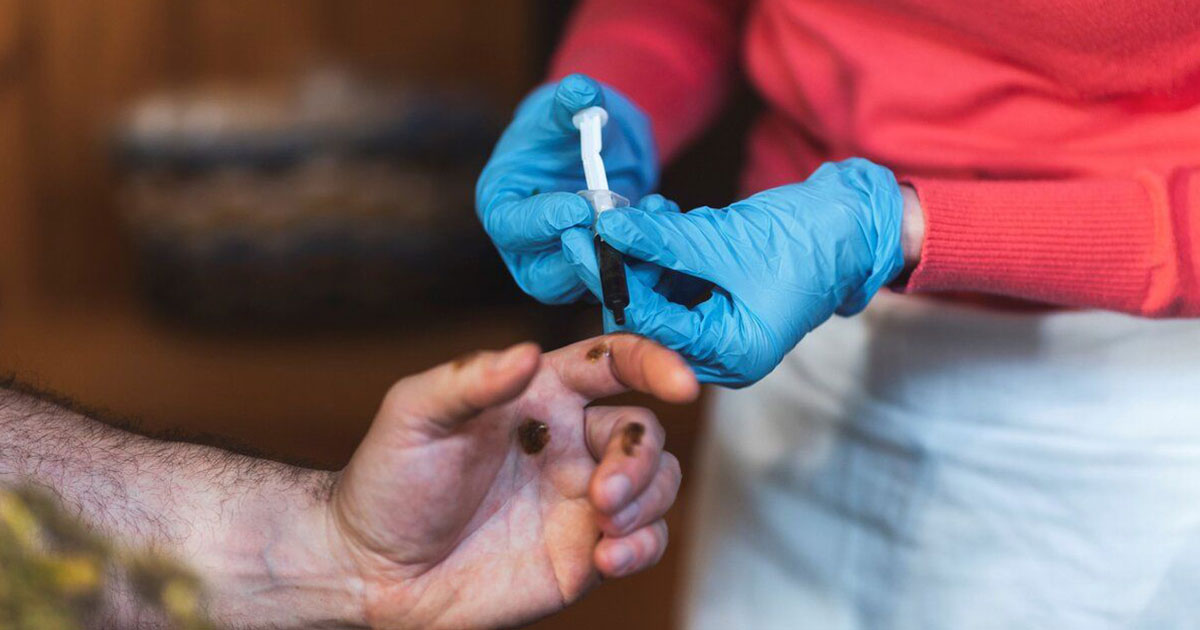 While taking RSO orally is commonly recommended, it is also frequently used topically to potentially treat skin lesions, whether cancerous or otherwise. When administered topically, a few droplets should be given to the affected area, which is then covered with an air and water-tight cover or bandage. It should be noted that when applied topically, none of the chemical compounds will enter the bloodstream. This means that you will not experience any of the psychoactive effects of the RSO and will not benefit from the pain-relieving qualities.

People commonly ask, “Can you smoke RSO?” and the answer is no. While there are other forms of cannabis concentrates that are suitable for use in vape cartridges or dab rigs, the presence of chlorophyll and lipids in RSO makes it suitable only for oral or topical use.

There are no serious risks to taking RSO, but it has side effects similar to any other marijuana product. Overconsumption or RSO can result in increased anxiety, paranoia, or irritability, or a feeling of general sleepiness. It should be noted that RSO and any other cannabis concentrates are a particularly high potency form of marijuana.

For that reason, small doses are always recommended, especially at first. While overconsumption of RSO can cause some brief but unpleasant sensations, there are no long-term negative effects. On the other hand, the list of long and short-term benefits continues to grow.

Want to try RSO? Depending on your location, your home Zen Leaf Dispensary may carry multiple forms, including syringe and tincture.

RSO syringes are graduated for ease of measuring each dose. They dispense easiest with slight warming, either by holding in the crook of your elbow for 20-30 seconds, or screwing the cap tightly on the syringe, then placing it in a bowl of slightly warm water (not hot!).

RSO tinctures are an ideal way to ease into an RSO regimen. Typically infused with MCT oil, the dose of THC per dropperful is significantly less than that of syringe. This infusion also allows for more precise dosing.

RSO is a whole-plant extract that contains all of the naturally occurring compounds found in the cannabis plant. As such, this product provides an array of natural medicines including cannabinoids, flavonoids, terpenes, chlorophyll, and lipids.

RSO is traditionally consumed orally (either on its own or with food) and is reported to provide sedative effects. Also, topical application has been shown to heal skin lesions, as well as provide potential anti-cancerous properties as mentioned above. The product is packaged in a measured-dose syringe to provide patients help with accurate dosing. Be sure to always take on a full stomach.

Visit your local dispensary to start shopping, reserve RSO online or give us a holler if you want to learn more!