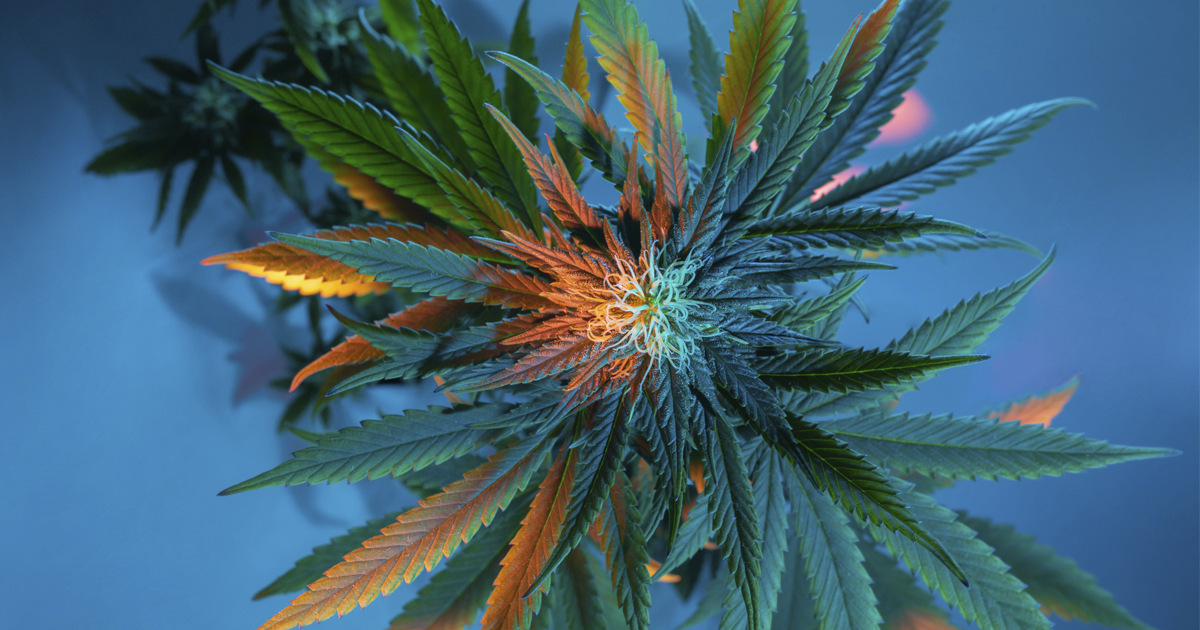 420 In the Cannabis Community

There are certainly several myths surrounding its origins, from police jargon for drugs to street addresses frequented by popular bands. So, what’s the truth about 420? Let’s debunk some myths, lay out the facts, and more in preparation for the biggest cannabis holiday.

420 and the Cannabis Community

With the spread of cannabis legalization across the United States, 420 has come to symbolize many pieces of cannabis culture,the most obvious being actual consumption of cannabis. What started out as a code word and morphed into a code phrase for a group of friends (more on that later), has become something that means so much more to the cannabis community as a whole.

420 stands tall as a symbol for cannabis use and support for its legalization. By extension, 420 is a symbol for the potential benefits cannabis has, as well as the idea that in our lifetimes, cannabis will become accepted throughout the land.

To be certain, cannabis and 420 aren’t secrets people murmur about anymore. From Cheech and Chong to celebrities and major brand icons, tweeting, posting, and talking about 420 is becoming a regular, ingrained part of popular culture. In fact, if you’ve viewed any recent television ads featuring Snoop Dogg, you know that major brands capitalize on the underlying joke about his affinity for cannabis consumption. While 10 years ago, cannabis references may have never made it to network television, Snoop Dogg is now selling Bic lighters.

It’s important to note that, aside from all these tongue-in-cheek references, 420’s meaning is more than just a punchline at the end of a movie for those who partake. In fact, 420 is as important to cannabis culture as Purple Haze, flags with an emblazoned marijuana leaf, and cannabis brownies. Now more than ever, for cannabis consumers, cannabis is to celebrations as champagne is to the New Years’ midnight toast—absolutely necessary.

Do you remember the first time you heard the term 420? If you do, you likely also remember the way the term was explained to you in hushed tones. The most prevalent and long-lasting myth is that 420 was once a police code for drug activity, or marijuana smoking in progress.

Along the way, many thought 420 was surely in reference to the revered Bob Marley’s birthday, or even his death day. In fact, neither of these applies. Bob Marley was born February 6th, 1945, and tragically passed away May 11th, 1981, at just 36 years old.

Bob Dylan is another deep cut in the 420 origins urban legend. For a long time, people have thought Bob Dylan has something to do with the term’s origins, and the song “Rainy Day Women #12 & 35” is the subject. If you take 12 and multiply it by 35, you get 420. While the singer/songwriter frequently used cannabis, this connecting thread is very thin at best.

Another pervasive myth is that there are 420 chemicals in marijuana. While a clever idea, this is also inaccurate. While the true number of compounds in cannabis is in the 400s, it’s actually much closer to 460, with more than 60 unique cannabinoids.

While these are all somewhat plausible ideas, there are many more urban legends that are significantly more farfetched. For example, while Hitler’s birthday is on April 20th, it has nothing to do with 420. Similarly, the best time to plant marijuana is not on April 20th, considering growing seasons vary by region. That’s why, currently, the most plausible and accepted origin of 420 is the tale of the Waldos. The roots of 420 originate in 1971 in the Bay Area with 5 high school friends. In the fall of that year, the friends heard of an epic treasure hunt involving a Coast Guard member and his supposed long-lost marijuana crop. These friends—Steve Capper, Mark Gravich, Jeffrey Noel, Dave Reddix, and Larry Schwartz—nicknamed themselves the Waldos, as their usual hang-out place was a wall outside of their San Rafael, California high school. Armed with a treasure map, purportedly from the crop’s owner himself, the Waldos set off on a quest to find the abandoned marijuana treasure trove.

Ahead of their first adventure, the Waldos set 4:20 pm as their meeting time. Each of the 5 was a student athlete, so this was a good after-practice meeting time for all involved. They also had a designated place to meet: Louis Pasteur statue on the school grounds. So, their treasure hunting code became 4:20 Louis, the time and location of their rendezvous.

Together, they’d hop into a car, “toke” up, and begin their search for the evasive, free herb. While the Waldos searched the Point Reyes Forest multiple times, they never did quite achieve their goal. However, they did find a way to reference their cannabis-related extracurricular activities while avoiding alerting parents or officials. 4:20 Louis quickly became 4:20 and then 420—and thus, the code most widely recognized today for cannabis usage was born.

If 5 teenagers from California started the 420 concept, how did it go from a code used by friends to a worldwide icon? It happened as these things tend to do, via connections to the right people and being in the right place at the right time. In this case, 420’s rise to popularity is largely because of the Grateful Dead.

On December 28th, 1990, a flyer passed around by Deadheads featured the code word emblazoned at its top. One of these flyers would be given to Steve Bloom, a former reporter for High Times magazine. Via that publication, the term 420 would take off further to a far-reaching audience. 420 grew to be referenced eagerly across cannabis culture from then on.

In the 1800s and early 1900s in the United States, marijuana was used as a patent medicine. The first federal restrictions occurred in 1937 with the Marihuana Tax Act, annihilating any federally approved research regarding its therapeutic benefits by the 70s.Instead, as evidenced by the hippies of the time, cannabis quickly became associated with the counterculture.

Mainstream culture in the U.S., on the other hand, was based in conservatism.,  Anything outside popular culture was inherently bad, which led to politicians decrying the assumed negative personal and social effects of cannabis.

Because of cannabis’ illegality and negative publicity from the powers at be, negative assumptions about cannabis began to spread. We’ve all heard the trope of the “lazy stoner” (you know the one—a cannabis enthusiast with hair a little too long, who sleeps in late, doesn’t get a job, and so on). In response, the cannabis community—and cannabis culture—took on a life of its own.

While consuming cannabis is the focus of the unofficial 420 “Weed Day” holiday, it’s also a day rooted in advocacy. On 420, many proponents tout evidence of cannabis’ efficacy for a number of physical and mental health conditions, stage protests, and participate in casual and official discussions about legalizing marijuana. Steve DeAngelo, “the father of the legal cannabis industry,” recognizes that 420 activism is important and that it is also “a celebration of acceptance, a celebration of victory, a celebration of our amazing connection with this plant.”

It’s important to note that 420 symbolizes different things for each person. Whether someone is simply looking to get high and enjoy cannabis, or wants to join the push for legalization, 420 is symbolic of much more than modern counterculture events. 420 stands for what can get done when a community of people works together.

As cannabis becomes more widely legalized and decriminalized, 420 festivals garner an air of celebration and community. In this way, cannabis brings people together for a common goal.

April 23rd, 2022 will herald the return of the National Cannabis Festival. Recognized since 2016, it’s a day that focuses not only on celebration, but advocacy and education. The very first event occurred on August 23rd, 2016, when founder Caroline Phillips ran a successful IndieGoGo campaign. The event celebrates the camaraderie across lines of gender, race, class, age, and creed. NCF is a brazen celebration of the plant that takes place minutes from our nation’s Capital.

Considered one of the largest weed celebrations worldwide, London’s Hyde Park will host the 2022 event, complete with celebration. The focus of this event will be a push for legislation to legalize cannabis. The plant is still illegal in the UK, and growing marijuana can warrant a maximum penalty of 14 years in prison and an unlimited fine.

The Cannabis World Cup will be held in Amsterdam from July 1st through July 3rd. This event will feature celebration of cannabis, while maintaining a focus on all the potential positives cannabis has to offer. From its meager, stigmatized origins in the 1970s, to its huge festivals and dispensaries on every corner, 420 and cannabis have found a foothold in popular culture. While 420 is so frequently associated with smoking marijuana and enjoying the psychoactive effects, there are many other uses for cannabis. That is, for many, the true opportunity provided by 420 discussions.

As the prevalence and popularity of 420 continues to rise, so do the hopes of the cannabis community. Someday, we all will have streamlined access to cannabis and its many benefits. It is our responsibility to see that effort to fruition.