Home » Blog » What Are Cannabinoids and How Do They Interact With the Body? 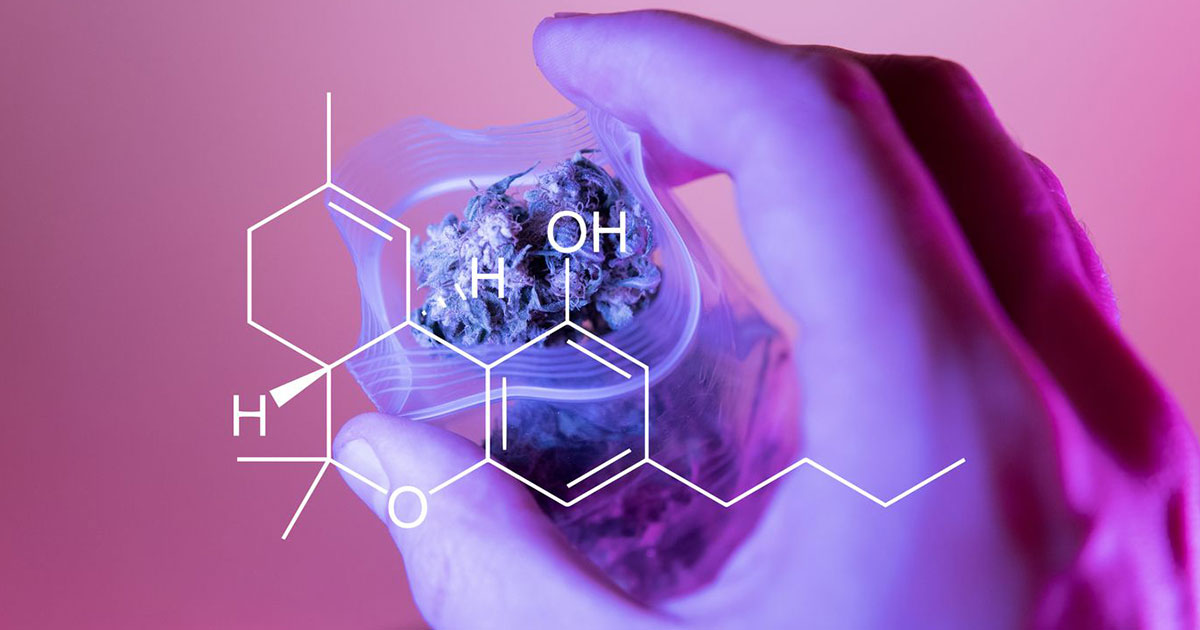 What Are Cannabinoids and How Do They Interact With the Body?

With the recent increase in legislatures approving the use of cannabinoids, while others engage in extended debates over which cannabinoids to regulate, the term is in the news more than ever.

So, what are cannabinoids?

Cannabinoid is an umbrella term that refers to the group of natural compounds that make up the cannabis plant. One of the most well-known molecular compounds derived from a cannabis plant is delta-9-tetrahydrocannabinol, better known as THC. Cannabidiol, or CBD, is another cannabinoid that has been gaining widespread attention of late. Though humans have used the therapeutic and healing properties of cannabinoids for thousands of years, it wasn’t until the mid-1900s that scientists isolated the most well-known cannabinoids.

Many people are surprised to learn that the first cannabinoid discovered was not THC. CBN was initially identified by British chemist Robert Cahn in 1940, with CBD soon to follow. The structure of THC and other cannabinoids was outlined in the 1960s, quickly leading scientists to realize there was a great deal of potential involving cannabinoids and their effects on the human body. One prominent line of questioning involved the ways THC, when ingested, produced euphoric and psychoactive effects.

Researchers quickly realized THC wasn’t the only cannabinoid that affected the body; further research suggested that a wide array of non-psychoactive cannabinoids had healing properties. Since the initial findings, evidence has suggested that many cannabinoids can help to ease the symptoms of pain, stress, anxiety, and abnormal neurological function.

Do Our Bodies Produce Cannabinoids?

While we’re most familiar with THC and other cannabinoids produced by the cannabis plant, our bodies produce molecular structures that so closely resemble cannabinoids that researchers termed them “endocannabinoids.”

So, what are cannabinoids in the body?

The prefix “endo” means “within,” meaning that endocannabinoids are essentially “cannabinoids within the body.” Let’s pause and think about that for a second – because cannabinoids were discovered first, the compounds our body produces were named after cannabis compounds.

The existence of endocannabinoids is just one of many indications that cannabinoids are not dangerous drug components to fear. Instead, they are closely linked to the very chemicals necessary for our bodies to function properly. The first discovered, most well-known and well-studied endocannabinoid is anandamide (AEA). Anandamide is often referred to as the “bliss” molecule and has shown to be a mood enhancer and provide reductions in fear, and has even shown to promote the development of nerve cells in the brain, an important function that contributes to the function of both learning and memory retention. The summation of this research led to the discovery of a new biological system known as the Endocannabinoidome or endocannabinoid system.

The endocannabinoid system functions when biological, endogenous, lipid-based, retrograde neurotransmitters bind to receptors and enact changes in function. That is a mouthful, so let’s look at what this all means in simpler terms.

Unlike cannabinoids, endocannabinoids are endogenous, or produced by the body. However, endocannabinoids and cannabinoids alike are lipophilic in nature, meaning that they dissolve into oils, fats, and other lipids. For reference, lipids known as glycerophospholipids make up most of a cell’s membrane. In fact, for many years, researchers believed that cannabinoids affected the body by disrupting the cell membrane itself.

This alone may have cast cannabinoids in a negative light, as they were initially viewed as a compound that damaged human cells. However, after the discovery of THC, researchers learned that cannabis did not actually function by damaging cell walls at all. Instead, cannabinoids affect the body by communicating with an intricate system of receptors specially evolved to receive information from endocannabinoids. As a result, these same receptors interact with the remarkably similar cannabinoids produced by the cannabis plant. Receptors are an essential part of the endocannabinoid system and are most often proteins embedded within the lipid membrane. They are found all over the body and are therefore present in both the central and peripheral nervous system. The organ most notably regulated by these cannabinoid-like messengers is, by far, the human brain.

CB1 (central nervous system) and CB2 (peripheral nervous system) receptors are the best understood endocannabinoid receptors. THC has been found to be an agonist, or a compound that initiates a physiological response when interacting with a receptor, with the ability to bind to both CB1 and CB2 receptors. Interestingly, due to the prevalence of CB1 receptors in the brain, it is believed that THC’s ability to induce psychoactive effects is due to this interaction. CBD, on the other hand, has been defined as an antagonist that disrupts endocannabinoids and cannabinoids interactions with receptors.

No matter the receptors, the key takeaway is that cannabinoid-like chemicals already occur naturally in the human body and are necessary for it to function properly. As a result, receptors can receive information from endocannabinoids and cannabinoids alike.

Now that we’ve covered the science behind how cannabinoids work within ourselves, let’s look at the many things they do.

How Do Cannabinoids Affect the Endocannabinoid System? 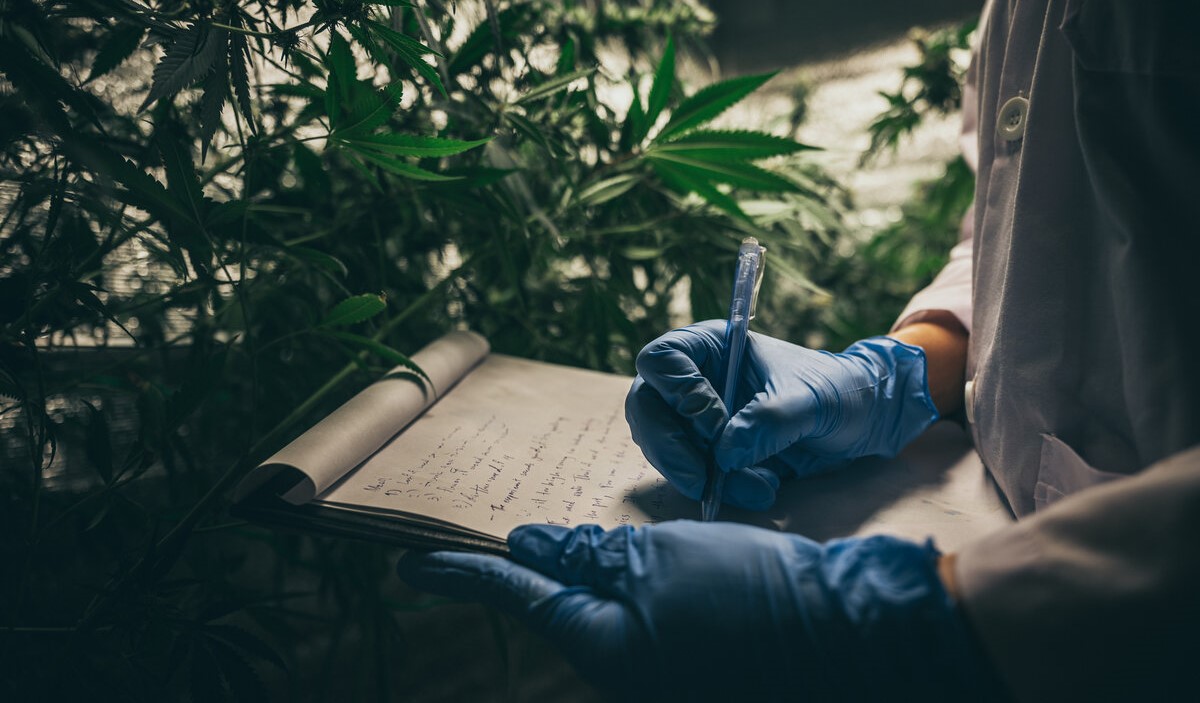 The endocannabinoid system is such a complex system that unraveling it completely may be many years away, though research is constantly shedding more light on the subject. Many of the processes involved with endocannabinoids are related to body homeostasis, the delicate state of equilibrium necessary for proper function. Endocannabinoid signals and their receptors work to reach a state of homeostasis at all levels of the body, especially at the cellular level.

Simply put, science suggests that cannabinoids can play a crucial role in balancing one’s body, keeping it in a natural and healthy state. Perhaps this is why cannabis is often associated with peace, relaxation, and love. 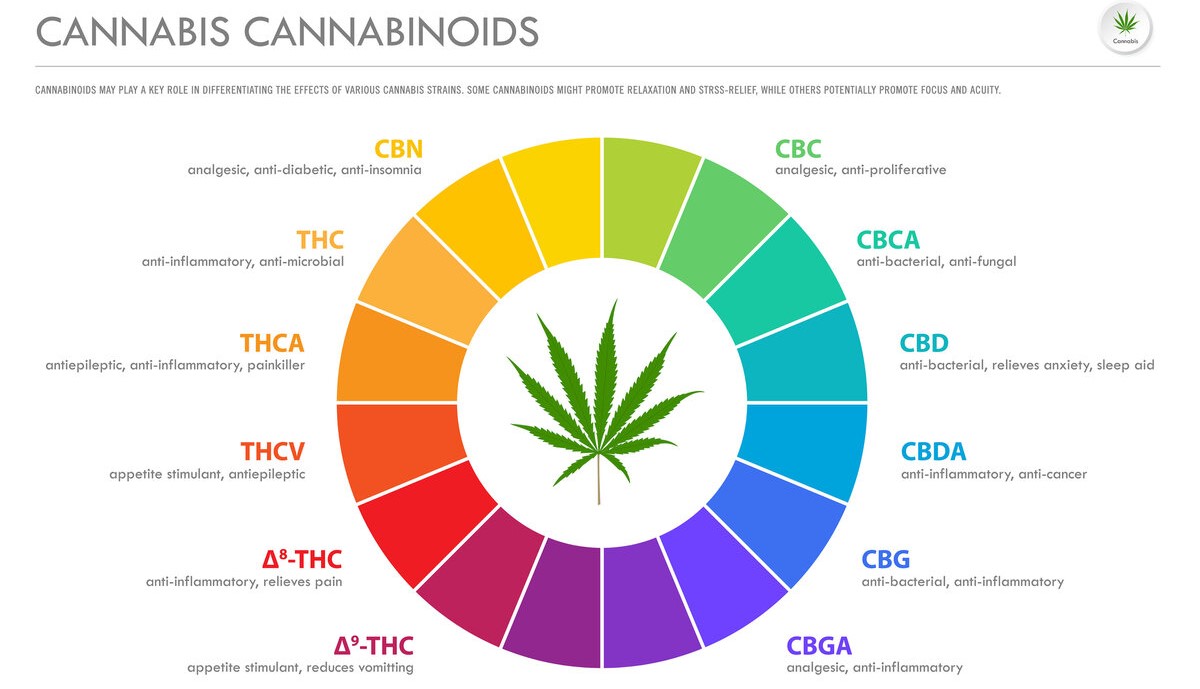 While research on the ways in which cannabinoids affect the human body is far from complete, anecdotal evidence from regular cannabinoid users suggest many benefits. Now, the scientific community is beginning to back patient experiences with hard evidence. Conditions cannabinoids may be able to treat include:

One of the most widely misunderstood things about the chemical compounds derived from a cannabis plant is that all cannabinoids will get you “high”. The truth is, only one, THC, has major psychoactive effects. Cannabinol, or CBN, is a THC derivative often found in aged THC that can have mild psychoactive—but not intoxicating—effects. Another compound, tetrahydrocannabivarin (THC-V) is found in very low quantities in most cannabis strains but may be psychoactive in addition to its health benefits when concentrated.

It is another common misconception that THC is the only cannabinoid that has any effect on ailments such as pain, stress, anxiety, sleep problems, or many other disorders. While THC does have many health benefits, it is far from the only helpful cannabinoid. In fact, the body is naturally primed to benefit from many cannabinoids.

It is unfortunate that THC’s psychoactive effects, as well as the confusion between THC and other cannabinoids, have often worked to suppress necessary research into the healing properties of the cannabis plant. Out of the full range of cannabinoids, from THC to CBD and everything in between, each has its own unique properties that can fill a wide variety of medical and recreational needs. A thorough understanding of cannabinoids will demonstrate the fascinating ways cannabis can improve life. While research regarding the direct impacts of cannabinoid use has been strictly regulated or prohibited in the past, this important work will likely increase as more areas legalize both THC and CBD. Until then, it’s important to realize that, while many people experience positive effects from both cannabinoids, there is still much to learn.

For now, if you’d like to seek the benefits of cannabinoids for yourself, quality is key. Anything less than cannabis grown and produced by experienced professionals will mean that your products may include unwanted ingredients including pesticides and inaccurate labeling due to an overall lack of testing.

That’s why Zen Leaf has dedicated our vast collective expertise to growing and sourcing quality, consistent cannabis products, including both THC and CBD therapies.