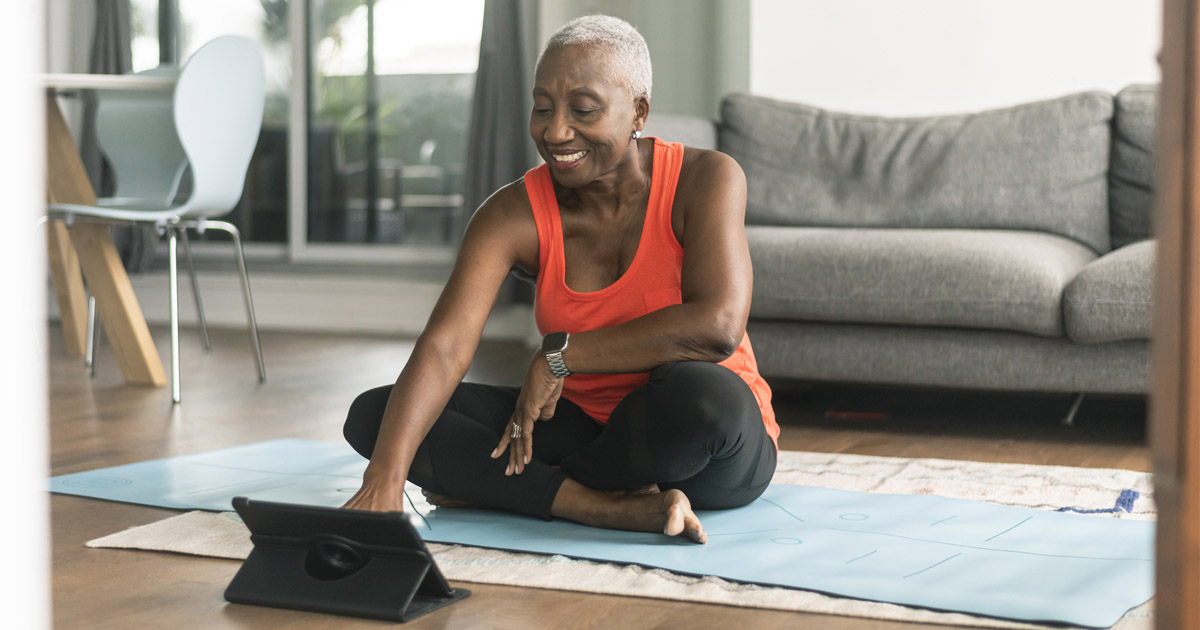 A Senior’s Guide to Cannabis

Seniors and cannabis have a complicated relationship.

The effectiveness of cannabis is a fantastic development, since it can provide many elderly individuals with a viable alternative to traditional pharmaceuticals and their side effects, or as a supplement to traditional treatment options.

The legalization of medical and recreational markets, and an influx of research, has furthered the anecdotal stories: cannabis is effective for pain relief. Despite cannabis’s medicinal benefits, seniors are still hesitant to add cannabis to their medicine cabinets due to the stigma that still surrounds cannabis in the minds of seniors. It’s unfortunate, but it’s also quite understandable—after all, many older adults spent their childhood and adolescence surrounded by the war on drugs.

Although we now understand that anti-cannabis rhetoric is largely false, that doesn’t negate the influence it has had on those who are still hesitant to view cannabis as an alternative medicine. This damage isn’t something that can be easily undone, and it continues to hold some seniors back from giving cannabis the opportunity to quell their ailments and symptoms. Nonetheless, the age of cannabis for seniors seems to be picking up steam. The number of senior citizens using medicinal marijuana has increased over time, both as the stigma is gradually reduced and as cannabis use is normalized within wider society.

Are you a senior citizen on the fence about giving cannabis a try? Or, do you have an older loved one you believe could benefit from medicinal cannabis use? In either case, we’ve rounded up some reasons why older adults and medical marijuana can be a great match.

THC vs. CBD for Seniors

Marijuana naturally produces chemical compounds known as cannabinoids, which may be highly useful if you’re looking to reduce pain or ease mental health disorders. When these cannabinoids interact with compatible receptors in the body, known as the endocannabinoid system, they can produce effects similar to painkillers, resulting in a reduction of pain, or antidepressants, promoting an uplifting mood. THC, or the psychoactive component of the cannabis plant, has shown to be effective in easing pain, while CBD, the non-psychoactive counterpart to THC, has shown to address inflammation-often the underlying cause of pain.

While THC and CBD can be taken on their own, they can also be taken together. Ratios of THC/CBD are common in the cannabis space, for two important reasons. First, CBD has shown to counteract some of the “high” feeling associated with cannabis use. Second, CBD and THC have shown to work synergistically together to provide beneficial effects to the user and, often, more significant reports of relief. Aches and pains are all too common with aging, and, for many seniors, chronic pains can quickly become debilitating. While opioids were once the go-to prescription for chronic pain, alternative therapies do exist, and cannabis is a strong example.

In fact, cannabis appears to be so effective at pain relief that fewer people are relying on opioid painkillers to manage their symptoms. The Journal of American Medical Association (JAMA) reported that states with legal medical cannabis have lower rates of opioid prescriptions, as well as fewer opioid-related deaths. The figure is significant compared to states that, at the time of the study, had yet to legalize marijuana. Perhaps even more surprisingly, a study conducted at the University of Colorado concluded that cannabis may be even more effective than opioids when consumed by older adults.

As we age, it’s common for sleep issues to arise. Again, it can be tempting to resort to pharmaceutical medications when issues begin to develop. However, much of the time, pharmaceuticals are not the ideal—or even the most effective—solution.

If you’re frequently waking up throughout the night, incorporating medicinal cannabis into your routine could be useful. THC can help you to begin to feel drowsy, while CBD has also been linked to improved relaxation and anti-anxiety benefits. In addition, the pain-relieving properties of cannabis previously discussed can make falling (and staying) asleep a much easier task. Thus, medical cannabis has the potential to help many older adults achieve quality sleep.

Due to misinformation propagated during the decades-long war on drugs, it isn’t uncommon for older adults to believe that cannabis is physically addictive. After all, the idea was often promoted in the media as well as by government and school officials for many years of our history.

Unsurprisingly, however—as with many of the ideas formulated by the war on drugs—it’s untrue that marijuana is physically addictive. Conversely, it appears to be one of the least addictive treatments someone could utilize to treat age-related conditions. Opioids are on the opposite end of this spectrum as one of the most addictive options available, even if taken exactly as instructed by a doctor.

For perspective, if you were to begin a medicinal cannabis regime, it’s entirely possible to quit “cold turkey.” Many people liken ceasing marijuana use to quitting coffee—we might come to mentally or emotionally desire the effects of caffeine, but we won’t experience debilitating physical consequences simply because we quit consuming it. Similarly, if you were to abruptly stop consuming cannabis, your body should not experience the debilitating withdrawals that result from physical addiction.

Do Seniors Need to Smoke Cannabis to Receive Its Benefits?

Many adults are averse to smoking, and are hesitant to try medicinal cannabis because they do not find smoking a pleasant experience. Health concerns are another understandable issue for older adults to face—no matter what substance is being smoked, smoking can lead to damaging health effects, including complications within the lungs. Especially for individuals who are experiencing cardiovascular and breathing related issues, smoking can be a deterrent for cannabis use.

The myth that cannabis must be smoked to be effective is another relatively common misconception but in reality, smoking is far from the only way to ingest medicinal marijuana, like:

Tinctures are oral solutions infused with cannabis extract. Often crafted with ethanol or MCT oil, tinctures allow you to measure the dose most effective for you. They can be dosed sublingually under your tongue, where cannabinoids are absorbed quickly by your lingual veins, swallowed directly, or even infused into high-fat foods like peanut butter.

It’s always best to start with low doses when adding cannabis to your daily routine, but especially with orally consumed cannabis. The onset of effects can be unpredictable, ranging from 30 minutes to up to 2 hours, and produce a more potent experience compared to smoking. Try starting with a 2.5 mg dose and seeing how you feel, then titrating (adding more to your next dose) if needed.

Edibles are another popular method of consuming cannabis. This versatile option comes in a practically endless array of forms. Some of the most common include chewables, baked goods (such as brownies or cookies), chocolate, and candies. Similar to liquid cannabis, you’ll need to just be careful with dosing, as edibles tend to take longer to take effect. This can lead some individuals to try upping their dose before they’ve given the cannabis enough time to exhibit its effects.

A lesser-known method of using medicinal cannabis is via topicals and ointments. Cannabis topicals are a fantastic solution for localized pain relief and provide no “high” effects. This is because cannabinoids are fat-soluble-they will be absorbed into the upper layers of your skin, interacting with the endocannabinoid system and providing relief where applied, without ever reaching the bloodstream. Simply apply the medication to your skin where, and as, needed.

Regardless of the method you choose, be sure to journal the effects of the products and doses you use. Recording these details, including your symptom level before and after medicating, can help you refine your cannabis routine and identify the doses that work best for your needs.

Can Marijuana Lower Older Adults’ IQs or Cause Brain Damage?

As older adults, the prospect of brain damage or lowered intelligence can seem especially frightening. After all, as we age, we’re at an increasingly higher risk for diseases such as Alzheimer’s and Parkinson’s. While the idea of cannabis negatively impacting brain health isn’t entirely false, any negative effects appear to take place on the developing brain—mostly with teenagers and young adults. This generally doesn’t apply to adults with fully developed brains, including older adults and senior citizens.

In short, the fully-developed adult brain should not be damaged by cannabis consumption. Although it’s understandable how this myth came to fruition, it’s still false.

Cannabis may actually be beneficial to those currently experiencing Alzheimer’s or Parkinson’s disease. Over time, marijuana may help the brain to develop new neural pathways, which could help slow down the damage these diseases cause to the mind. In this way, rather than causing impaired brain function, it’s possible that medicinal cannabis could help give your brain a boost if you’re already experiencing impairment.

Of course, like any medicine, cannabis isn’t without flaws. As such, before beginning a medicinal cannabis regime, make sure you’ve properly discussed the risks with your doctor. While marijuana features fewer potential side effects than many other age-related medications, they can still occur, the most common being anxiety and dry eyes.

It is  possible that cannabis may have a negative impact on some aging individuals’ mental health. With stronger cannabis strains, especially, it is even possible (though very rare) for hallucinations to occur. If you’ve previously been diagnosed with a mental illness such as schizophrenia or psychosis, make sure that your doctor is aware of this before you begin a cannabis regimen-this goes for seniors and all other users of cannabis.

If you’re a senior, keep in mind that cannabis can lead to an increased risk of falling. As an older adult, falls are much more dangerous than in the younger population, and can sometimes lead to catastrophic injury. Overeating is another potential downside of cannabis use, which can lead to weight issues in older adults.

If you have an interest in cannabis and its benefits, make sure to stay informed with Zen Leaf.

Visit our blog to remain up-to-date with all the recent cannabis news and developments as they’re unveiled.

If you’re new to the world of cannabis, you can check out our handy Cannabis 101 Guide to get started. Interested in becoming a patient with Zen Leaf? You can begin the process online, check our cannabis by state page to find resources in your area.